The Day He Decided To Live 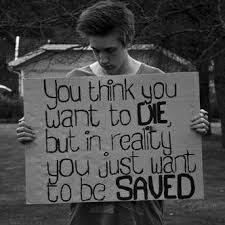 Like a 3 ton dumpster collapsing on the floor, the thundering sound jolts her awake.

What was that? She thinks

The roaring sound of the gunshot fills his mother’s thoughts with fear.

Something is wrong. He isn’t home yet.

She rushes to the phone.

The phone slips from her hand.

She bends over to pick it up.

Then, she hears his scream.

The deafening sound sends shivers up her spine.

He shakes the heavy bars of the metal black gate.

She stares at the screaming boy but she can’t understand what he’s saying.

“What’s going on?” Fernando asks. “What does he want?”

Julie screams as she runs down the driveway.

“Where is he? Where is he?” She cries frantically at the screaming boy as she struggles to unlock the gate.

She opens the gate.

She steps out into the alley, “Where is he? Where’s my brother? she cries.

From the corner of her eyes, she sees him. Her younger brother’s body on the floor.

She runs to her brother.

“Oh my god. Oh my god.” Her voice quivers as she picks up her brother.

Her brother’s blood seeps onto her mid-back length brown hair.

Julie sees her running from the corner of her eyes.

“Alfredo! Julie! What happened to him?” Her mother cries frantically.

Julie continues crying and rocking her brother back and forth.

Suddenly, they hear the sirens wailing from the distance.

In a matter of seconds, the dark alleyway is illuminated by flashing red and blue lights.

The boy’s mother and uncle wait in the empty white room.

The boy’s mother sees the man in the white coat walk into the room and over to her younger brother.

The man in the coat speaks to John in a low voice.

The man waits as John turns to his sister.

John lowers his voice, “they want to fly him out to Davis to donate his organs. Alfredo’s gone.”

“You Can’t leave. You can’t leave me.

She whispers into her son’s ear, “please. You promised.”

Suddenly, she feels the warmth of my breath hit her face.

My eyes shoot wide open as I wake and gasp for air.

I look around me.

I lie in bed in a strange white room.

Where am I? I think.

I glance to my left and I see two men and a woman, dressed in blue, setting silver instruments on a silver table.

I hear the steady rhythm of the beeping sound coming from the monitor to my right.

Two men in the same blue uniform talk, not very far from the monitor.

The men talk to my right. The two men and woman shuffle back and forth to my left.

I look down and I notice my arms, strapped to the white plastic rails of the bed.

A white plastic band wrapped around my right wrist reads my name in bold black letters.

A translucent plastic tube, with a thin silver needle, is taped to my hand, just above the plastic band.

Another plastic tube elongates from my nose.

I hear the rhythm of my heartbeat

I begin to panic.

I notice the wide-open sandy brown door behind the two talking men on my right.

Frantically, I tear my arms free from the rails of the bed.

I feel the coolness of the linoleum floor underneath my bare feet as I swing my legs off the bed.

I see the shocked faces of the men and woman in blue.

The man on my right reaches out to grab me as I fall to the floor.

I open my eyes and see three men in white coats surrounding my bed.

“Do you know where you are? The one on my right asks me.

Immediately, I feel the ache in my throat as I open my mouth to speak.

“Don’t try to talk,” says the man in the middle. “You’re in the Intensive Care Unit at UC Davis Medical Center. You were out for two weeks.”

“Yeah” the man on the right smiles. “We thought we lost you. You were shot twice.”

I open my eyes and see my mother holding a bundle wrapped in a light blue blanket. She and my uncle John talk to the right of my bed.

My mother notices me; she smiles and with the same dark brown eyes, looks into mine, “You’re awake”

I open my mouth to speak and I feel the ache in my throat.

“Don’t try to speak,” says my mother. She lowers her voice, “Listen, you’re uncle came to pick me up. I need to go home for a little bit. Take a shower, feed your little sister back home, pick up some formula for your little brother, get something to eat. . . and I’ll be back.”

I feel the moist tears forming in the corner of my left eye.

“Oh no, baby. Don’t cry.” My mother’s eyes water as she wipes the tears streaming down my face.

I see Courtney walk into the room.

She sets two small white bottles on the table to my left.

I look into her turquoise blue eyes as I respond, “I am”

‘Okay, grab onto my shoulders,” she says to me.

Her shoulder-length golden brown hair brushes my face as she helps me off the bed.

I smell the sweet scent of perfume radiating from her neck.

I grab onto her shoulders and start to shuffle towards the bathroom.

“Got it, Court,” I respond in a cheerful voice.

Courtney laughs. “You seem to be in a good mood today.”

“I am. I get to see myself in the mirror for the first time.”

“I know. It’s been such a looong time. Are you excited?”

We slowly progress past the bathroom door, which Courtney left wide open.

We approach the sink.

“Okay, here we are”, Courtney says as we make it to the sink.

My excitement turns to confusion as I look at my reflection in the mirror.

Is that me? I think.

The boy in the mirror stares back at me as I study him. Strands of wild long black hair replace the short spiky hairstyle he wore not too long ago.

The dark brown pupil of his right eye rests close to the inside of his nose, revealing the surrounding white sclera.

A red scar extends across the front of his neck from his recent surgery.

The right side of his lip hangs slightly lower than his left.

This can’t be me.

My heart drops to a slow beat.

I continue to stare at the boy.

“Are you okay?” Courtney snaps me out of my trance.

“Yeah. Yeah, I’m fine.” I respond as I notice that the right side of the boy’s mouth stays in place as he mimics my speech.

My voice lowers, “I think I’m ready to go back to bed.”

Courtney notices the drop in my tone.

I look to my right as the black car pulls up to the curb.

“Hey” one of them shouts.

I ignore him and keep walking. I know why they’re stopping me.

I stopped. The two men in black uniform walk up to me.

“Where are you going? One of them asks.

“Home” I respond as if he had asked an obvious question.

I notice his confused look as he stares at me.

“Old enough to be walking home by myself.”

“It was an early day today.”

“We got a call from one of the neighbors….. He seemed very concerned. Said that you seemed a little wobbly.”

“Have you been drinking today?”

“What? Do you smell alcohol on my breath?”

I cut him off.

“Can you remove your glasses?”

Heat rushes to my face. I slowly pull off the dark oversized sunglasses that I stole from the drug store a few months earlier.

I see the man on the right scowling at me.

He squints his eyes in a confused look as he looks down at me.

“I have a balance issue okay. I was shot and it affected my balance. I’m not drunk.

Silence as he studies me.

“Are you sure you’re okay?”

The man speaks into his radio. “Sure kid. You can go”

The men in black uniform get into their car and drive away.

I put my glasses on before anyone could see the tears forming in my eyes.

I can feel the heat lingering in my cheeks.

“I’m sorry man.” I heard the concerned neighbor in the dark brown shirt call out to me.

I look back at him as I quickly walk away.

Tears slide down my face and onto the sheet of white lined notebook paper that I tore out of my school subject book.

I wipe my eyes. The tears keep falling.

My hands tremble as I hold my mother’s black ink pen.

Forgive me for what I’m about to do.

I can’t do it anymore. I just want it to stop.

I need you to know…

All of those times that I yelled at you.

All of those times that I wished you dead.

I never meant to hurt you.

And I am sorry.

I’m sorry that I failed you.

I rested my head against the surface of the tan kitchen table and I cried.

I open the white medicine cabinet.

I stare at the orange bottle with my name in bold black letters printed on it.

I empty the contents onto the gray bathroom counter.

The white pills come rushing out.

“Don’t chicken out now, Alfredo. Don’t back down.”

Tears slide down my face.

I grab a handful of pills and raise them to my mouth.

I gulp them down with a glass of water.

I grab a second handful.

I am down to the last pill.

Once again, fear fills my thoughts.

What am I doing?

The black and white image of the boy holding a sign pops into my head.

I see his sad look as he looks down at his sign.

The image plays in my head over and over again.

I drop the pill and I make my way to the front door.

I decide to live.