I blushed and hid behind my mother as the strange women gathered around me.

Are you going to help your mother work today?”

When I was five, my mother sometimes took me to work with her. She worked at the local laundromat, only two blocks from our house, where I would sit and watch her work the machines and iron shirts back and forth.

Every Friday, when I was nine, my mother and I walked to the local Circuit City, where I was allowed to pick out a DVD movie for myself.

I cherished these moments with my mother.

My mother used to adore me. I was her favorite child. I was her only child. Or, so I thought. . .

Everything that I wanted my mother gave me. My mother LOVED me.

I was sure she had forgotten about me and wasn’t coming back.

My mother eventually came back. When she ran out of money.

After my injury, my relationship with my mother slowly fell apart.

My mother gradually distanced herself. Spending less and less time with me, seeing it as a chore, and coming up with every excuse to avoid my confrontations.

I yearned for my mother to love me again.

Years later, I was living on my own and attending University in Los Angeles. After graduating, I moved back in with my mother for financial reasons.

Living with my mother again, constantly reminded me that I’d never have the loving mother or be part of the loving family that I always wanted.

Regardless of the pain. I needed it. Because it was this exact environment that taught me about the value of forgiveness.

It was in this exact environment that helped me heal.

Many people have misconceptions about what forgiveness really means. I did too, at first. So here’s a definition from the Greater Good Magazine at Berkeley

Psychologists define forgiveness as a conscious, deliberate decision to release feelings of resentment or vengeance toward a person or group who has harmed you, regardless of whether they actually deserve your forgiveness (Greater Good Magazine, Berkeley).

To truly grasp the meaning of forgiveness, it’s imperative that we also understand what forgiveness is NOT: Forgiveness does NOT mean forgetting. Forgiveness is not condoning or excusing a person from his/her actions. Though forgiveness can help repair a damaged relationship, it doesn’t obligate you to reconcile with the person who harmed you or release them from legal accountability (Greater Good Magazine, Berkeley).

Forgiveness taught me to lower my expectations and think realistically

Did you know that Denmark is the happiest country in the world?

Ruling out financial status, physical health and even social feeling, the reason Danes are so happy is this: they have low expectations.

Something in Denmark’s culture allows the Dane’s to look at life realistically. They don’t expect material objects to fulfill them. They don’t expect relationships to solve all their problems. Morley had an interview with a Danish man and remarked that once Americans find out that Denmark is the happiest country on Earth they are going to want to move there. The Danish man looked at Morley and said, “Well, honestly, they are going to be let down.” (Miller, 202)

Miller goes on to explain: A kid can try to make the football team and in a moment of triumph see his name on the coach’s list. A girl can want to get married and feel euphoric when the man of her dreams slides a ring on her finger. . . But when that kid makes the football team, he is going to find out that playing football is hard. . . and the girl is going to wake up three months later into her marriage and realize she is, in fact, still lonely, and so many of her issues haven’t gone away. . . and if both these people aren’t careful then they are going to get depressed because they thought that the climax of their story was a climax of the human story, and it wasn’t. The human story goes on. (Miller, 203)

Miller also includes an interview with author Susan Isaacs, who wrote a lot about relationships and fulfillment. Apparently, Susan, had been happily married for years and when asked why she thought people get divorced at such high rates she said it was because people expect too much from their significant other. “I married a guy. And he is just a guy. I don’t expect him to complete me or make all my problems go away. Because he is just a guy. And that freed her to really love him as a guy, not as an ultimate problem solver. (Miller, 205)

But, how can I forget how my mother stayed by my side at the hospital, afraid to leave me alone just for a few minutes, how she constantly called me, whether I wanted her to or not, how she tried to hide her tears the first time I left home, how she drove 352 miles just to make sure I was okay after a bad experience during a college party etc. etc.?

Today, I have no doubt that my mother loves me. The way she expresses her love for me is different from what I expect. And by expecting her to love me the way I want her to, I am trying to CONTROL another human being and am thus hurting myself when I realize that I CAN’T control my mother.

Forgiveness freed me to love my mother.

Like the excerpt on marriage in Miller’s memoir, my mother is just a GIRL. She cannot complete me or make all my problems go away. Because she is just a girl.

And lowering my expectations towards my mother freed me to love my mother as a girl, NOT AS AN ULTIMATE PROBLEM SOLVER.

Because even if I had the best mother in the world, my problems would still be there. The only thing that would change is that I’d have a great mom.

According to the Oxford dictionary, empathy is defined as the ability to understand and share the feelings of another. In other words, “to walk in their shoes.”

My mother had three children before the age of twenty-three.

My mother had my sister, Julia, at fifteen, Mary at twenty and myself at twenty-three.

My mother gave up Julia (my half-sister) to my grandmother. She left Mary (my full-blooded sister) with my birth father in Mexico.

When my mother migrated to the US, she gave birth to me six months later.

Literally, my mother was a teenager when she had her first child.

I don’t expect a teenage girl to be a good mom.

My mother did love my sisters and me, she just loved us the only way she knew how.

My mother was a girl who wasn’t ready to be a mom.

We are not responsible for the actions of others.

As a child who longed for his mother, I often blamed myself for being inadequate.

All I wanted at the time was for my mother to see me as her son.

I didn’t need her to fix my life. I just wanted her love.

But I realized, I AM adequate.

And so are my sisters.

My mother didn’t make very good decisions, but those are HER decisions. HER mistakes.

Neither my sisters nor I have to carry my mother’s burden.

Forgiveness healed me and allowed me to grow. 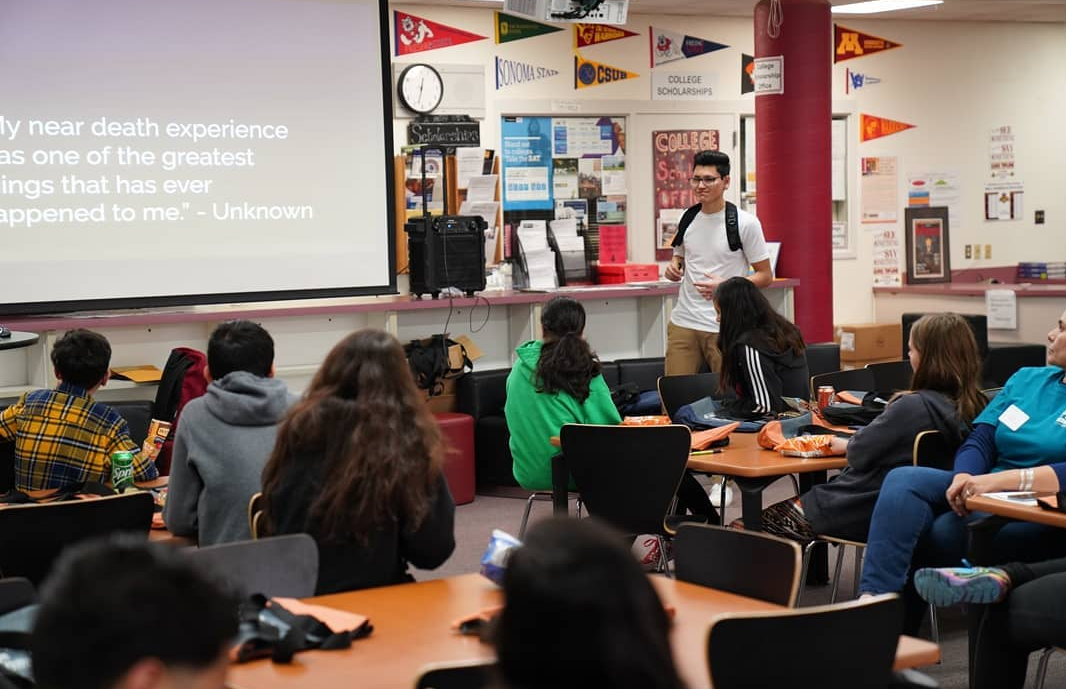 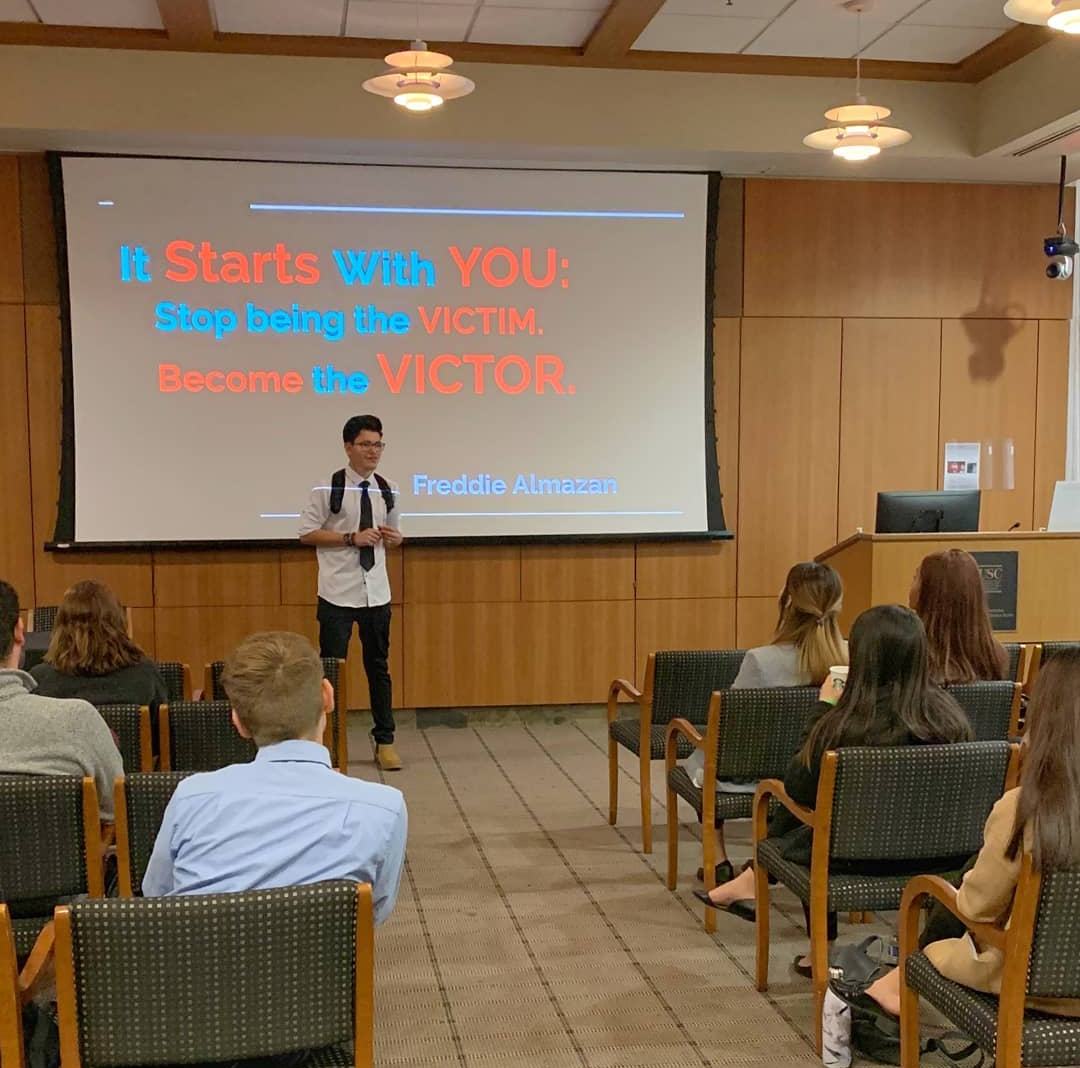 In December 2017, I began pursuing a career as a Motivational Youth Speaker. Just six months later, I found myself speaking in front of a hundred teenagers. Today, I’ve shared my story and the lessons that I learned with thousands of teenagers, parents and young adults, live!

Upper right: Student presentation at the annual Mental Health Conference at the University of Southern California.

Both events were amazing! I connected on a personal level with the students and coordinators at both presentations! 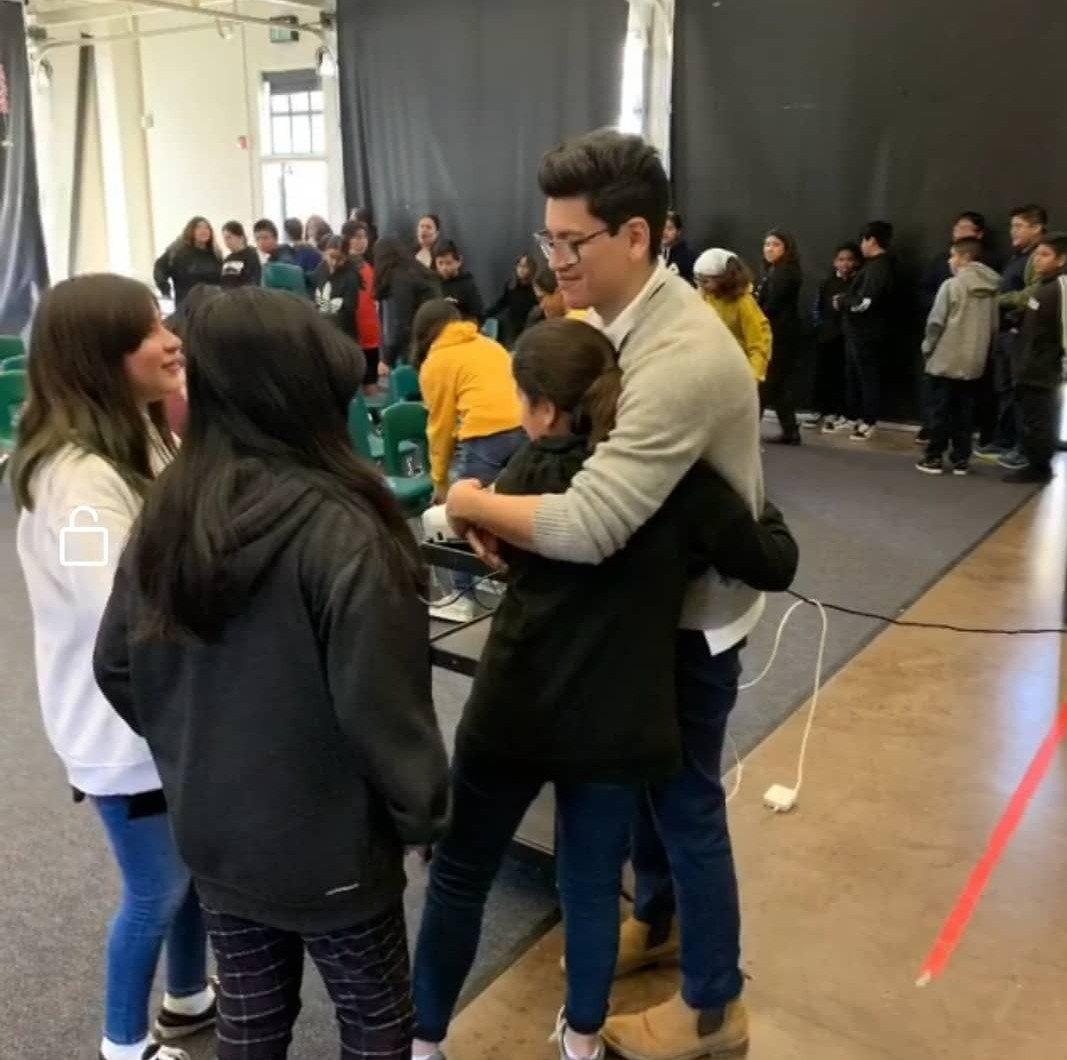 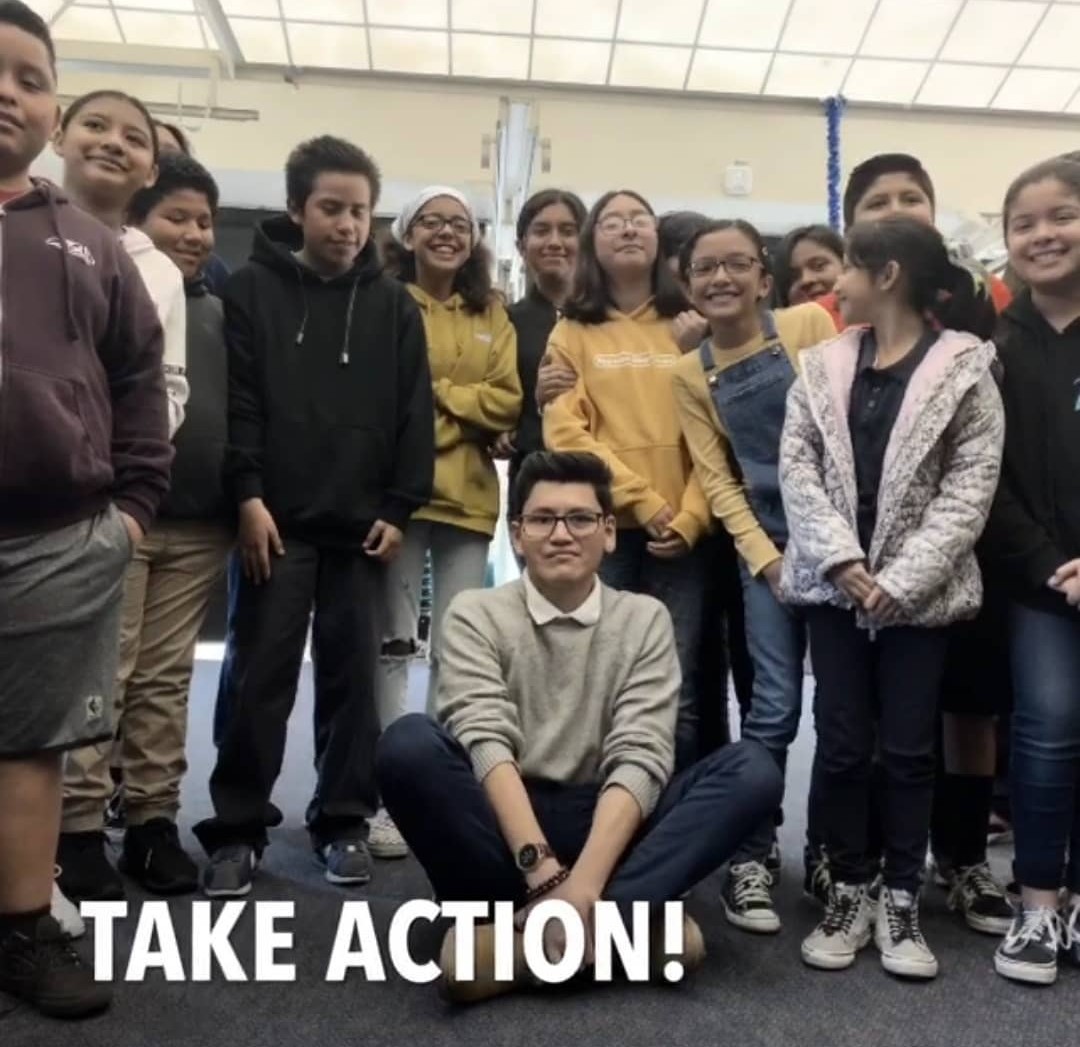 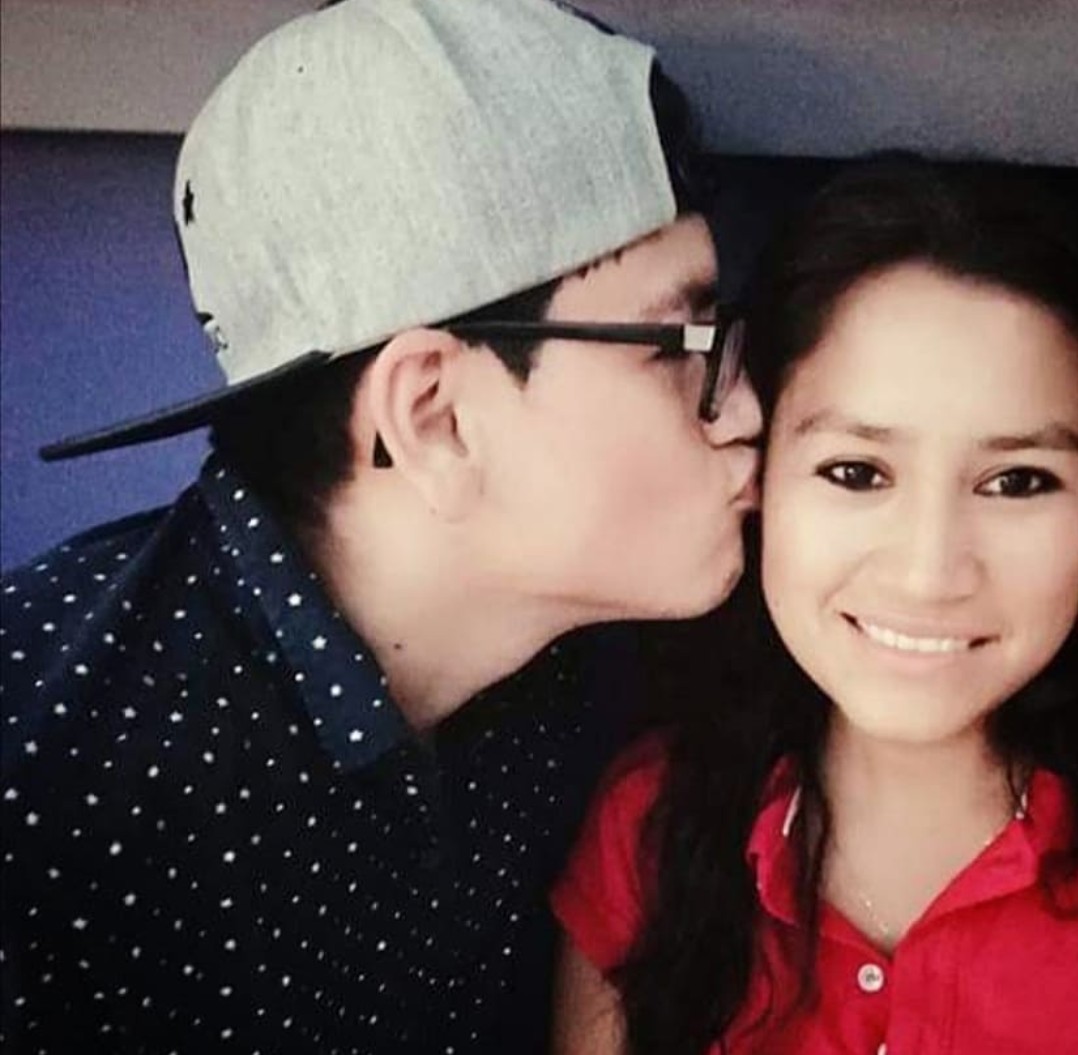 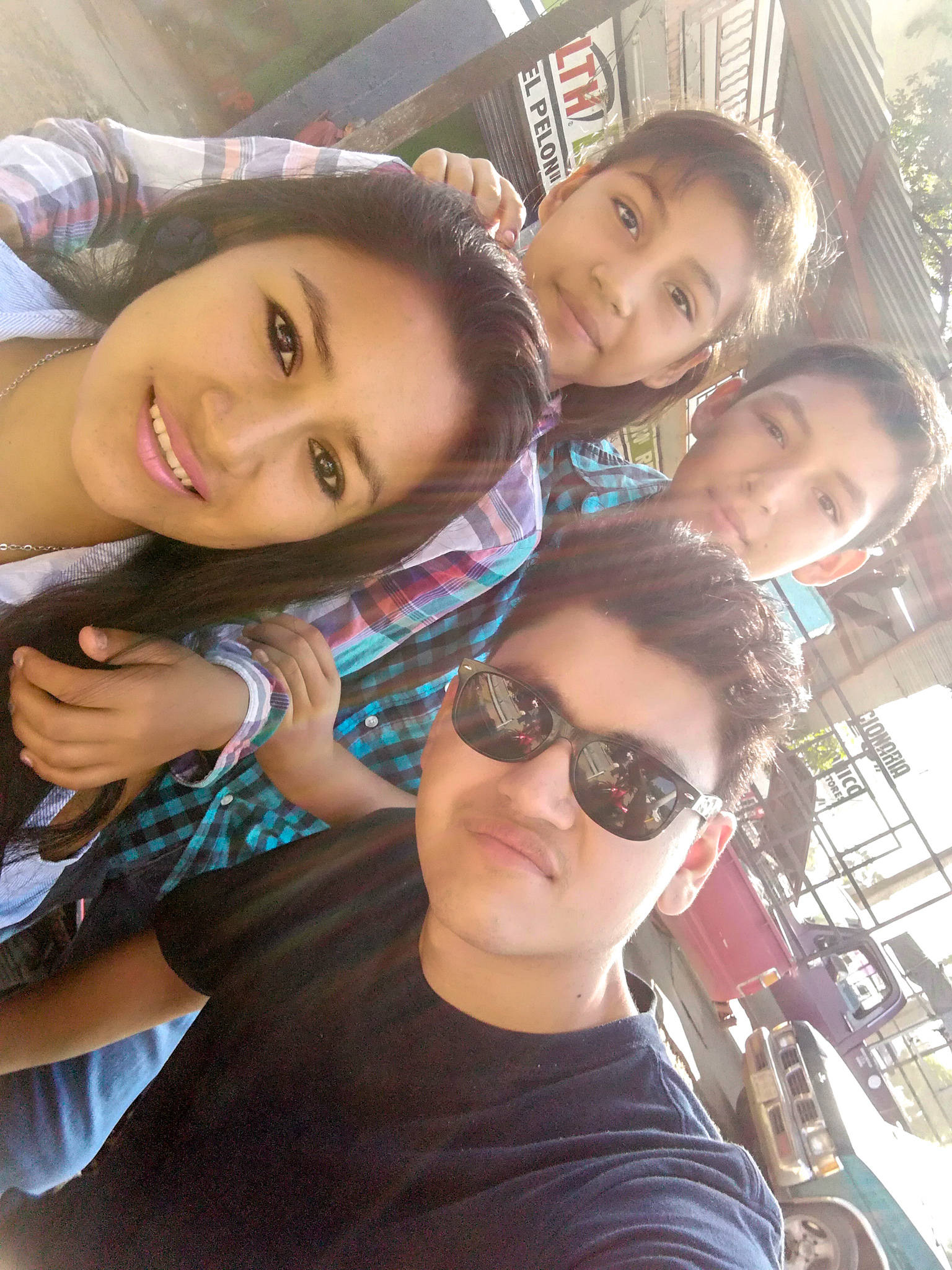 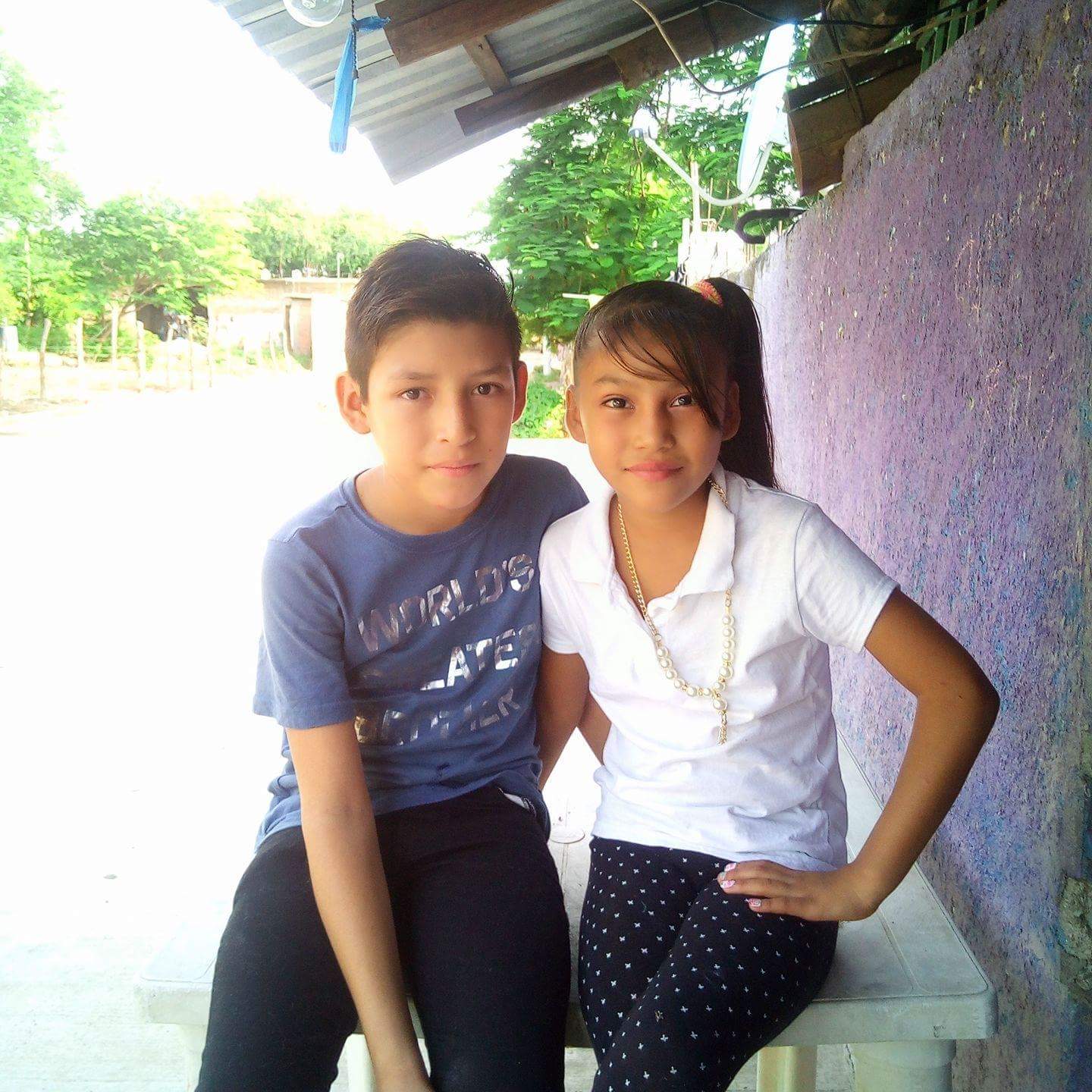 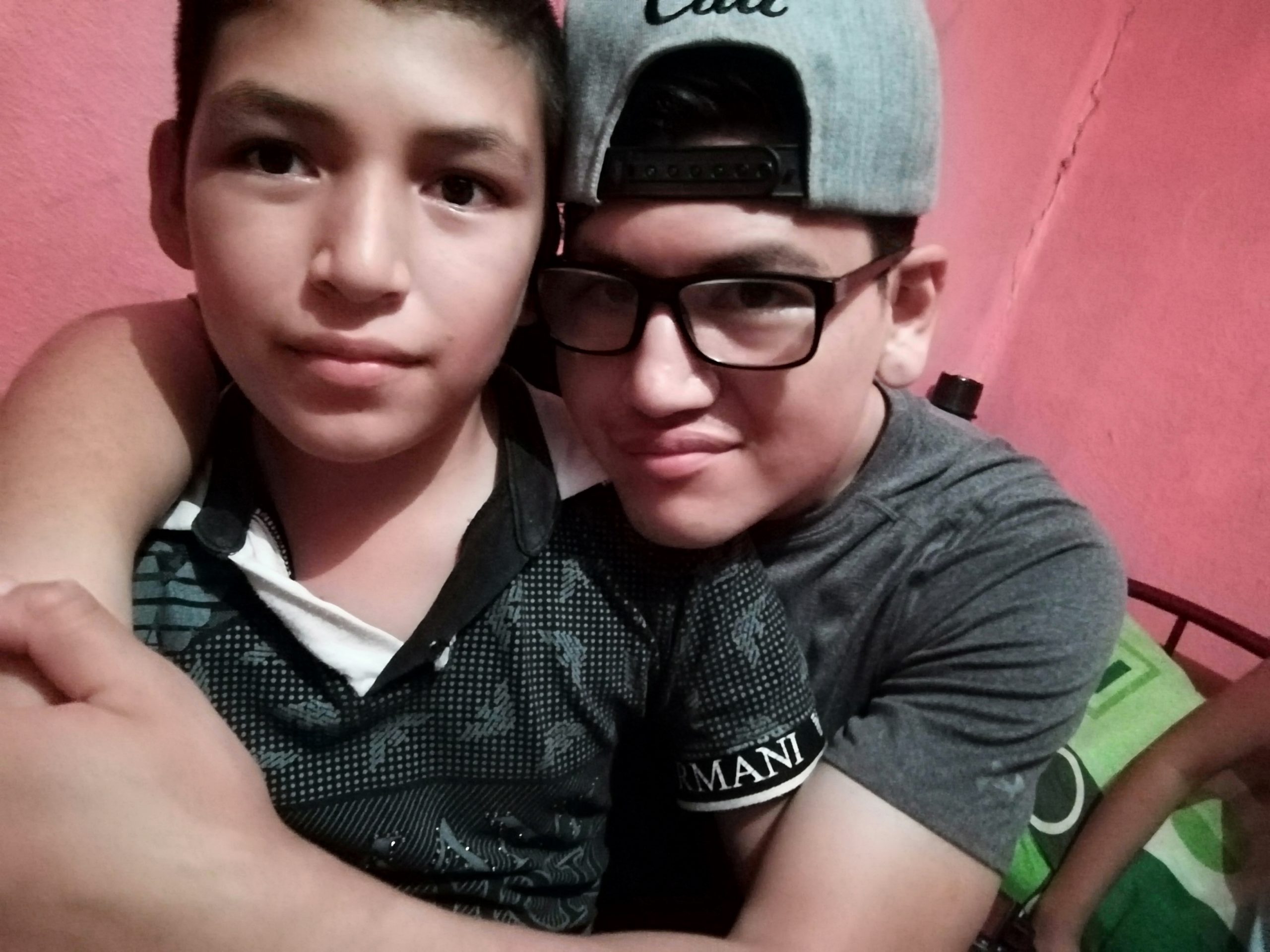 In 2018, I met my sister, Mary. I first reached out to her via Facebook, thanks to my uncle John. Exactly two months later, I boarded the airplane to Mexico to meet her. That same day, I discovered that I have a beautiful niece and nephew, cousins and aunts; an entire family that I never knew existed! 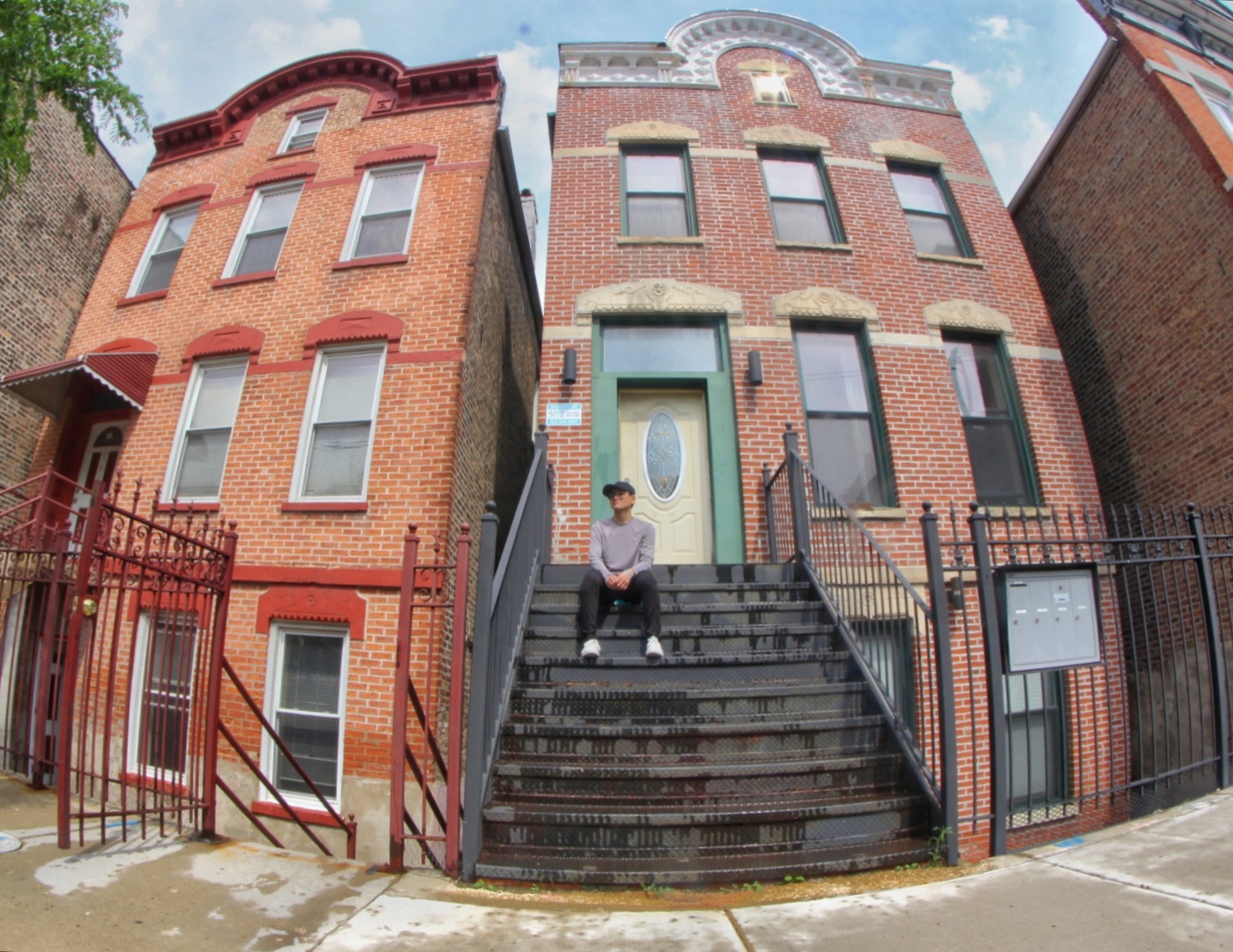 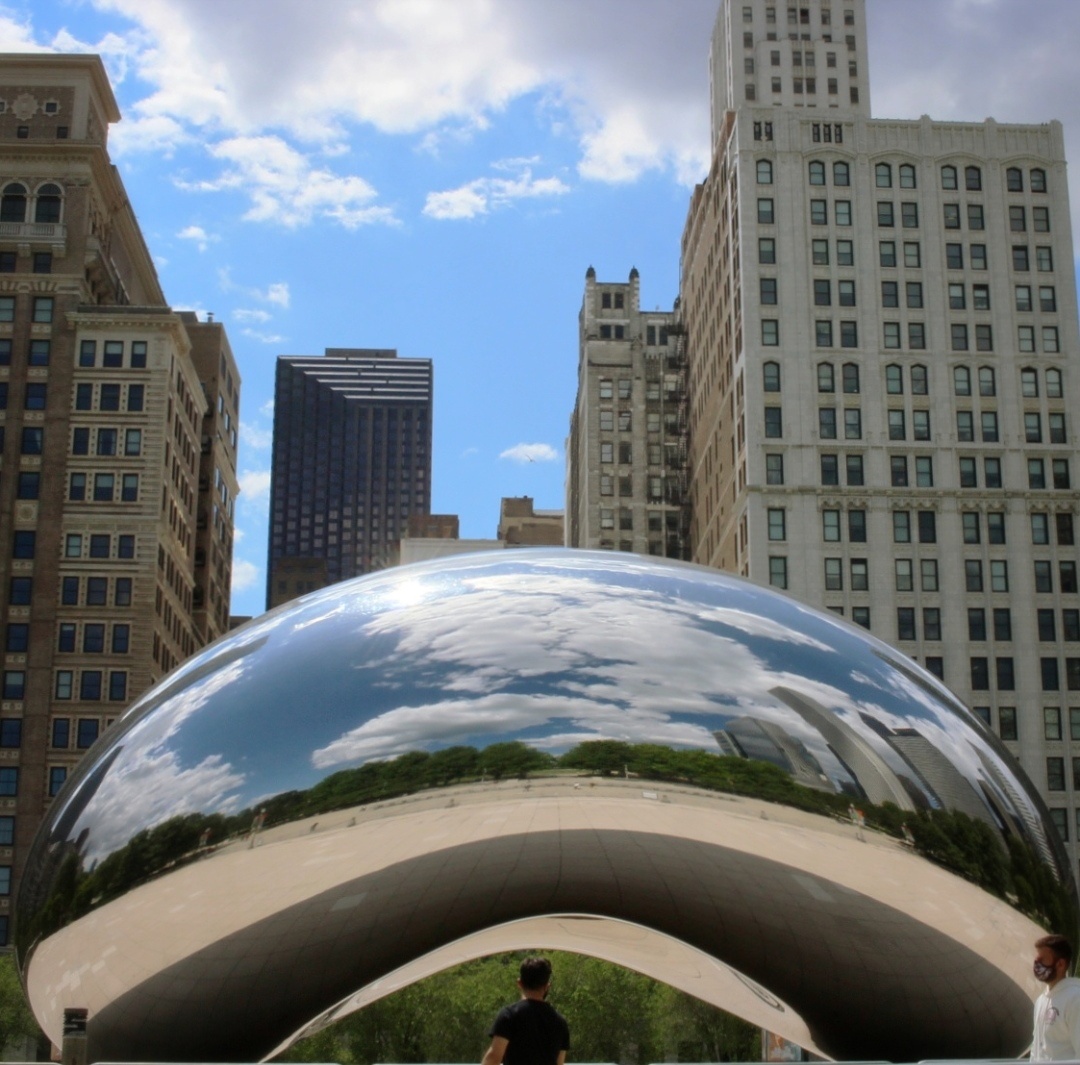 Exactly five months and five days ago, today, I moved to the beautiful city of Chicago, Illinois. -Read my blog post “A New Story” to hear about my new adventure!

Ultimately, because of forgiveness, I am

I am not a mistake. I am not forsaken. I am beautiful and I love life.

But perhaps, the greatest gift forgiveness gave me, was the ability to forgive MYSELF.  -Because I too am just a guy. I too am not perfect. I too screw up and make mistakes. 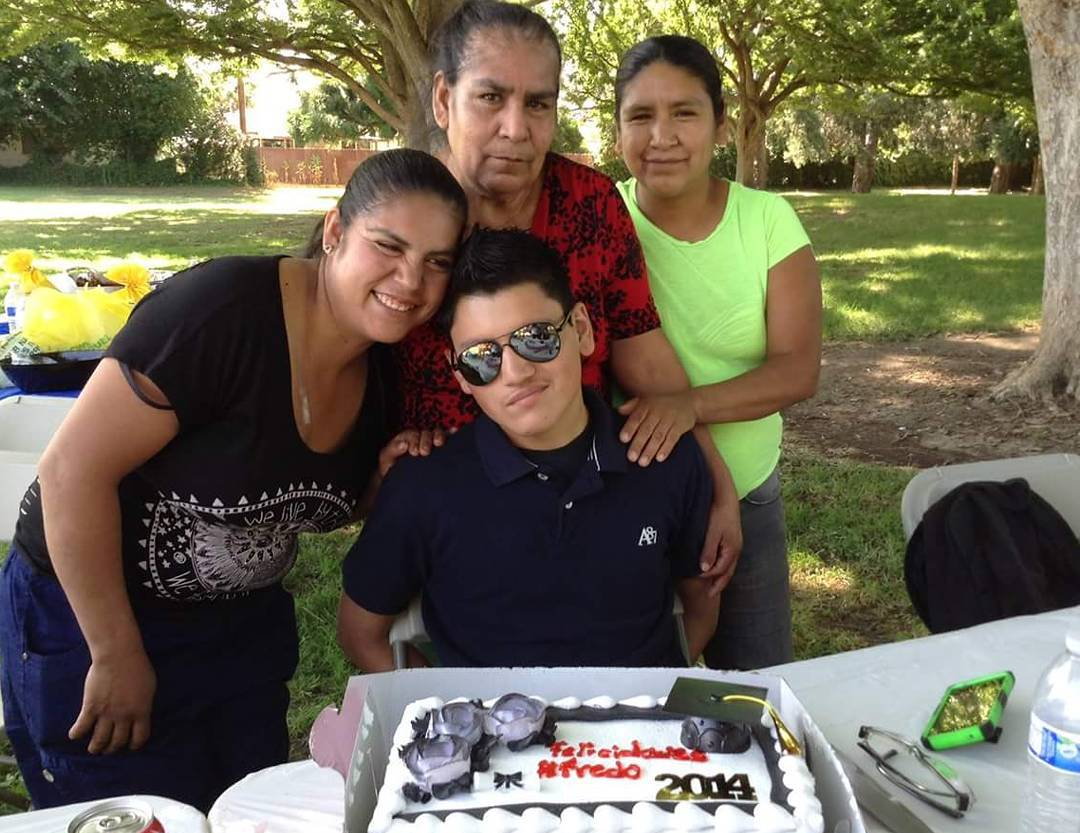 Forgive others, not because they deserve it, but because you deserve peace.